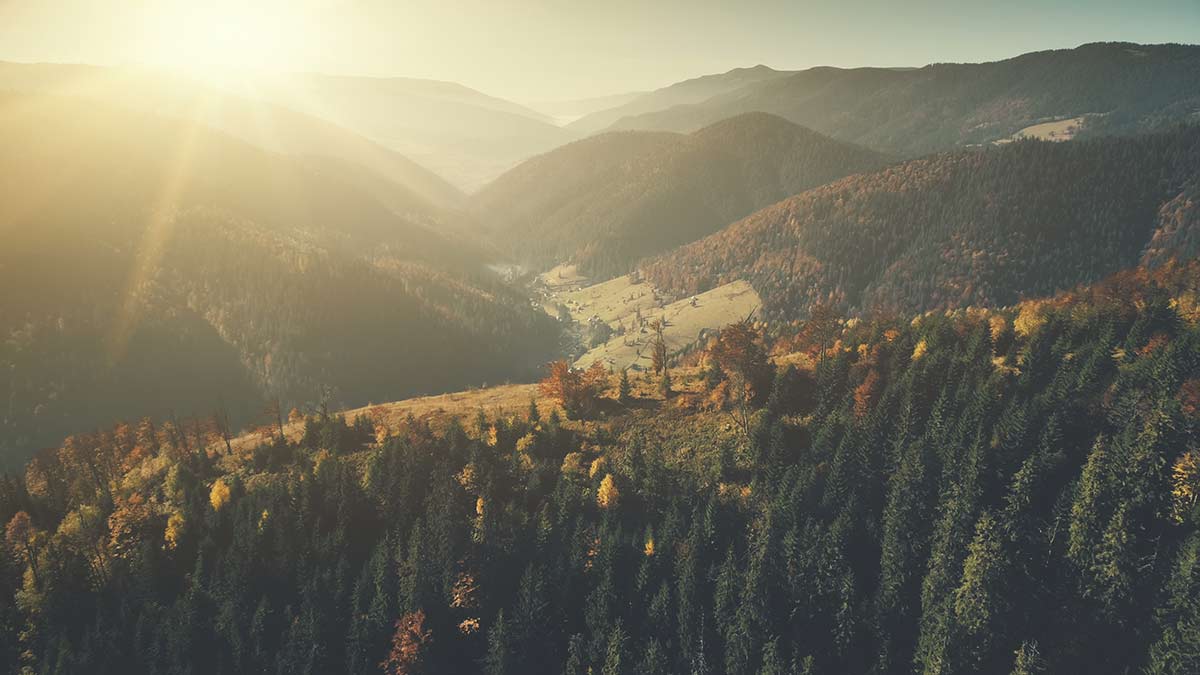 The Discovery Of Unseen Healing Power Of The Sun’s rays

The beautiful tapestry of color that is our planet dances in harmony with the sun’s rays giving a rich and majestic quality to the forests, oceans, animals, humans, and their created structures.

Eight minutes is how long it takes for the sun’s radiance to find the surface of the earth. As light waves move through space to penetrate and saturate our planet’s atmosphere, life as we know it is born. Plants, animals, and even humans both absorb and reflect the sun’s light.

The earth’s oceans are home to a plentitude of life ranging from algae to large mammals. While most of the sun’s light successfully penetrates the surface of the earth, shorter frequencies simply do not have the power to move into the depths of the ocean, but there is one very special light frequency that can move well beyond the layers of salt water to give life deep within the ocean: Far infrared light.

To study the history of far infrared light, means going back to the very beginning of the earth’s creation. Before the reptilian era, before animals, and certainly before human kind.

For the purposes of this article we will take a look at the human relationship to far infrared light, its discovery and eventual powerful use in biomedicine.

The Discovery Of Far Infrared Light

Far infrared light was inadvertently first discovered and identified by William Herschel in 1800 while he was studying the color light spectrum. All light, including the visible and invisible spectrum has a thermal measurement. Herschel was in the process of measuring the temperature of different colors in the visible spectrum of light. He observed that each color light had a resonant thermal measurement unique to itself. As he moved along measuring the temperature of color he observed that orange light was warmer than blue, and that red was warmer than orange. (1)

As light frequency elongated it also got warmer. As Herschel moved along the color palette beyond the visible spectrum of red, he noticed an even stronger heat that was emitted, although there was no apparent correlating visible color. (1)

It was at this moment that infrared light was first consciously observed by humans, although not by a visual apparatus, but rather through the measurement of temperature. This is where infrared light got its name, because it was just beyond the visible color red, the greek infra means ‘below’. (1)

NASA’s publication about the discovery of infrared light is succinct and to the point:

Herschel, a native born German, who later immigrated to Great Britain was both an astronomer and musical composer. This makes sense given his significant contribution to the discovery of the infrared light spectrum. Like the music created by an orchestra, light is a symphonic collaboration of the entire spectrum of the sun’s radiance moving as vibration through timespace.

It is impossible to speak of Willima Herschel and his discovery of the infrared light spectrum without mentioning his sister Caroline Herschel who worked tirelessly by his side in his laboratory filled with telescopes to study the celestial realm. Caroline meticulously cleaned her brother’s instruments, and was right there by his side when he discovered the powerful and life-giving spectrum of infrared light.

This brother-sister combination was the first to measurably observe the infrared light spectrum. Although, we owe the human discovery of infrared light to these courageous and devoted souls, they did not use the light for any practical purpose and certainly not to heal the human body. For this, we must journey across the Atlantic ocean and move forward in time by one hundred years to Dr. John Harvey Kellog, yes of Kellog’s cereal!

Dr. John Harvey Kellogg is most famous for his cereal brand, although credit for this reputation really ought to go to his brother’s keen business sense that created the brand and propelled it forward. Kellogg himself was a doctor and inventor, moreover he is the first known person to use infrared light as medicine. (5)

Kellogg invented the incandescent light bath in the late 19th century, although he was not aware that the use of infrared light was primarily responsible for the healing effect of his apparatus. Kellogg treated many patients successfully using light, including King Edward of England for gout, and countless other patients for illness ranging from: Obesity, scurvy, chronic gastritis, diabetes, scarlet fever, and the list goes on. (5)

The incandescent light bath was used successfully to treat a wide variety of conditions, seemingly unrelated to one another. Why and how was this possible?

Although it was not understood until nearly eighty years later, the reason Kellogg’s light bath was so successful in treating and curing patients experiencing a variety of symptoms was because of the invisible field of light: The infrared spectrum and its unique and very special relationship to human cellular makeup.

The Race To The Moon

The cold war bred a powerful competition of the globe’s super powers to not only spread political ideology across the planet, but also beyond the earth’s parameters into outer space. What started off as a race to the moon ultimately gave way to the discovery of the deeply healing rays of infrared light for human physiology.

Rivalry can bring out both the best and worst in human relations, beyond a nuclear war stand still, the unique relationship between Russian and United States in the 1960s stoked massive scientific discovery. As both powers rallied to be the first to the moon and began sending their astronauts to outer space serious health issues ensued as these courageous pioneers returned to earth after spending time in zero gravity. (6)

When astronauts returned to our fine goldilocks planet they had experienced remarkable skeletal and muscular atrophy. In an attempt to remedy these health issues, NASA embarked on vigorous research to find a way to quickly regenerate muscle and bone cells for their heroes.

As far infrared light was further investigated it was discovered that the unique frequency of this band width had the capacity to move in, through, and beyond the human epidermis into the soft tissues of the body. It was in the late 1960s that infrared light, and specifically far infrared light started to be used as a viable treatment method in medicine.

What once started as a politically inspired competition between capitalism and communism, eventually gave birth to the discovery of the deeply healing benefits of far infrared light.

Far Infrared Light And Life In The Oceans

Despite NASA’s use of far infrared light to heal astronauts this light band width remained in the sphere of scientific research for nearly twenty years before making its way into the field of biomedicine for the healing of the general populace.

Far infrared light caught the attention of oceanographers looking to understand how and why life in the great depths of the sea remained so full of vitality despite not receiving any visible light.

Dr. Marlon Lewis, Oceanographer of Dalhousie University studied the role plankton plays in the cycle of lie in the oceans, as his career progressed he came across the powerful light spectrum of far infrared light. The elongated wavelengths of this portion of the light spectrum was found to have the capacity to move through the depths of the ocean to provide enough energy for plant life to continue to thrive. Without far infrared light, the sea would be devoid of plant life and therefore animal life as well. (8)

If the frequency of far infrared light had the capacity to penetrate the layers of salt water in a way that no other light spectrum could, how might human physiology respond? Although the saline composition of the ocean is different from human blood, there is enough commonality between human blood and the composition of seawater to wonder if far infrared light could foster life in a similar way for humans as it does the oceans.

Dr. Tadashi IshikawIt  of Japan patented the first far infrared heaters intended as a medical device, and while its use was prolific in Japan it would not be until 1979 that far infrared light would be used to heal the general populace on US soil. From the deepest portions of the ocean to human cellular composition far infrared light seemed to have a very special quality: The ability to move well beyond perceivable solid material to impact the internal landscape of the human body. (9)

Far infrared light as a healing modality remained distant from mainstream use, until substantial research from NIH was published in the early 1980s revealing the profound impact that this light had on wound healing in rodents. (10)

With enough substantiated research on the impact that far infrared light had on human health, slowly this invisible spectrum of light started to make its way toward mainstream use.

NIH publishes the following statement about far infrared light and medical use:

“FIR (far infrared light) application in medicine requires understanding and knowledge of the interactions of electromagnetic radiation at FIR range with biological structures (including cells, cell membranes, cell fluids – especially water, DNA/proteins) and functioning of the living systems in general. At the cellular level, the underlying biophysical mechanisms of the interaction of electromagnetic radiation with living cells can be framed in terms of altered cell membrane potentials and altered mitochondrial metabolism ” (7)

Even with institutions such as NIH sanctioning the use of far infrared light to heal the body, its use remained largely in the fringes of alternative medicine until the early 2000s.

As decades have passed the use of far infrared light to heal tissue wounds, improve cellular regeneration, and detoxify the body from harmful chemicals has proliferated across the globe. Various manufacturers have rallied to improve technology to better serve the purposes of medical use.

Far infrared light remains evasive to the human eye, and while it is invisible, the effects of exposure to this frequency are remarkable not only for human life, but for all life in the oceans.

Thanks to the tireless efforts of scientific researchers, humankind now has the keys to the sun’s most healing rays: Far Infrared Light.