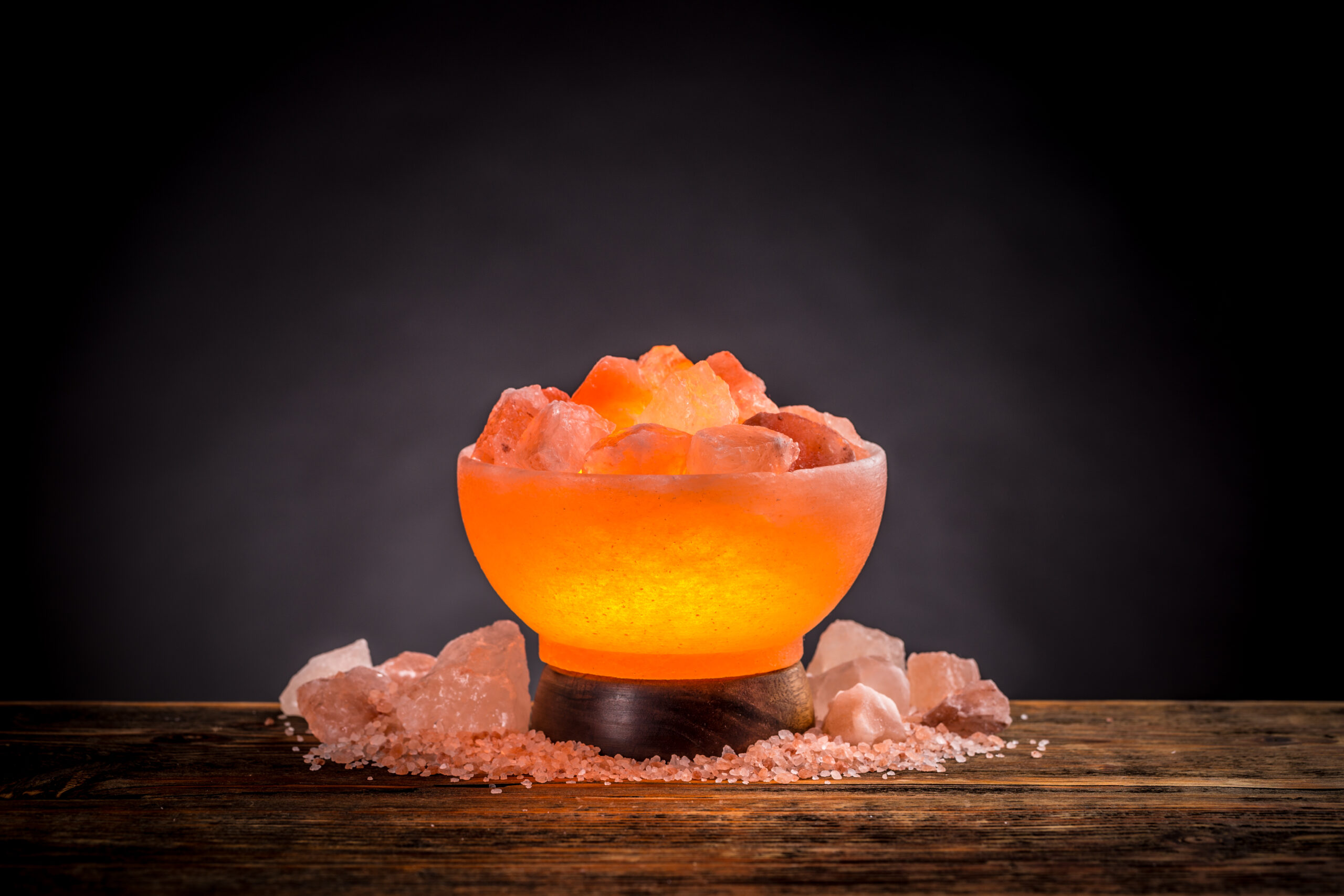 As a species we are no strangers to turning to salt as a therapeutic modality to improve respiratory function and to relieve chronic conditions affecting the pulmonary tract. From the salt caves of ancient Greece to the salt mines of Eastern Europe and Russia, humans have turned to salt for its benefits to pulmonary health for centuries.

So why incorporate salt into your sauna experience?

The addition of salt walls into your sauna experience will add a dimension of healing that caters specifically to respiratory health by capitalizing on the negative ions released from the salt as atmospheric heat is increased.

This article will elaborate on the history of salt therapy, its relationship to pulmonary health, and the efficacy of its use in tandem with sauna therapy.

The use of salt for therapeutic purposes is generally referred to as halotherapy (HP), derived from speleotherapy in salt mines. While many cultures throughout history have turned to the inhalation of the negative ions emitted from salt to foster the health of the pulmonary tract, this particular therapy was rendered popular by the health of the salt miners in eastern Europe.

Generally, mining is considered to be a potentially hazardous and dangerous occupation; however, it was remarkable that workers of the salt mines were demonstrating superior respiratory health. With some investigation, it was found that the particles that these miners were inhaling were actually beneficial to their health. Interestingly it was the salt miners in Poland during the 19th century that brought into focus the health benefits of salt exposure in confined spaces, such as salt mines and caves. (1)

Since then, several therapeutic models have attempted to mimic the conditions of salt caves and mines to treat respiratory disorders. More recently salt, specifically Himalayan salt, has been used in saunas to add an additional dimension of healing.

Once inhaled, salt particles cause the mucus within the lungs to thin and liquify, thereby dislodging potentially harmful pathogens and bacteria within the pulmonary tract. This process allows for easier expulsion of allergens and other airborne disturbances to the lungs. (2)

Further, it is believed that as Himalayan salt is heated, negative ions are released into the air of a confined space. As the negative ions are inhaled, they serve to balance the positive ions emitted by an array of electrical devices. (2)

The result of case studies has proven to be significant and now has put halotherapy as a viable integrative, or supplemental treatment for individuals living with chronic pulmonary conditions.

This particular study performed by the National Institute Of Health, recreated a salt cave, using Himalayan salt walls in a confined space. Fifteen subjects, all of whom had been diagnosed with serious and chronic respiratory illness from asthma, bronchitis, and emphysema participated.

An excerpt from the conclusive report on the study reveals the following:

“The assessment of results achieved in the investigated patients with bronchial asthma, chronic bronchitis and chronic obstructive bronchopneumopathy, after a specific halotherapy treatment, indicates the triggering of an anti-inflammatory (including anti-allergic mechanisms) mechanism and a decreasing trend of the inflammatory process.” (4)

Further research performed by the same group of scientists found that the inhalation of dry salt particles dramatically repressed symptoms and assisted individuals diagnosed with COPD through the liquefaction of mucus in the airways, which helped the explosion of harmful bacteria and allergens from the lungs. (3)

Here is the conclusion of the study, performed by NIH:

“The assessment of results achieved in the investigated patients with bronchial asthma, chronic bronchitis and chronic obstructive bronchopneumopathy, after a specific halotherapy treatment, indicates the triggering of an anti-inflammatory (including anti-allergic mechanisms) mechanism and a decreasing trend of the inflammatory process.”

The use of halotherapy is not a substitute for allopathic treatments, such as cortisol ventilators or any other drug treatment; however may be a supplementary tool for individuals living with chronic respiratory conditions.

Does Halotherapy Work When Used In Conjunction With Sauna Therapy?

Recreating the conditions of the salt caves in Eastern Europe requires ample salt that is being crushed and turned into airborne particles as well as a confined space. Mimicking nature may never quite bring the same majestic opportunity, however modern technology is able to render a sufficient substitute.

Saunas are an effective means of recreating salt caves for two primary reasons:

In order for halotherapy to be effective it is important that the space is confined to contain salt particles, and the negative ions that are released. This is simply not the case in household rooms, however the cabin-like structure of the sauna is ideal.

Secondly, as the atmospheric temperature of saunas is elevated it causes the salt crystals to release negative ions into the space. As this occurs, potentially harmful positively charged pathogens bind to the salt particles. (4)

In many ways using halotherapy in conjunction with sauna therapy can be an effective means of recreating the salt caves that made this form of respiratory therapy popular in the first place.

The Merger Of Sauna Therapy And Halotherapy: A Supplement To Your Respiratory Protocol

The unique structure of most saunas makes for an ideal landscape in which to create the healing power of salt caves. The confined space allows for the health benefits of halotherapy to be truly effective.

A sauna chamber that incorporates Himalayan salt walls may not be as powerful as an underground salt cave, it does however come very close to its replication.

Research has demonstrated that incorporating halotherapy into an integrative protocol to treat a variety of pulmonary disorders is effective, although not a substitute for traditional treatments.

In addition to the clinical research, the time spent in a sauna equipped with salt therapy is deeply relaxing and inviting. Whether respiratory conditions are active or not, the experience of joining salt and sauna together is a powerful healing modality.